Photo A: This is a three-year-old entrance deck outside a home in the Seattle area. It is constructed of 1 X 6″ fir planks on 2 X 8″ joists. The deck had been been untreated and exposed to the weather.

Photos B and C: These two pictures show what can happen to raw, untreated wood. Fastening nails will pop and cracks develop in some of the planks. These breaks in the wood allow water to penetrate into the wood and to the plank/joist seam. Here it can be trapped, resulting in moist wood and, with summer heat, the real possibility of wood rot developing. To prevent this from happening we wanted to protect the deck and provide a real-world demonstration of our wood preservatives and coatings.

PRODUCTS USED IN THIS TEST: 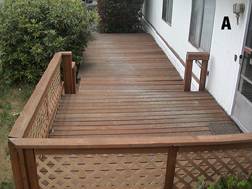 Clear deck coatings and stains do not offer very good protection against rot and UV light deterioration. In addition, the coatings have to be renewed at frequent intervals for good appearance. For these reasons we favor the use of opaque coatings for decks, specifically the epoxy/acrylic “super-paint” (RHINO TOP), and our waterproof polyurethane coatings (ELASTUFF 120 and UNIFLEX 255 Aliphatic*).

Photo D: With an initial CPES (Clear Penetrating Epoxy Sealer) prime for wood protection/hardening and final coat bonding, we coated the deck with various combinations of our products. We will post images occasionally to show deck appearance and wear patterns. 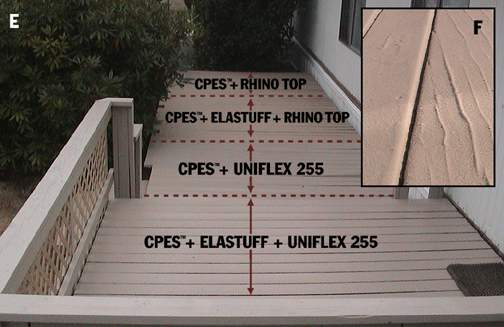 Photo E: Here is the deck after coating, indicating the type of coating used over the CPES prime coat.

Photo F: This is a picture of the board splits after coating with two coats of ELASTUFF 120 and two coats of RHINO TOP. The cracks filled and the ELASTUFF 120 expanded out into protruding ridges as it cured . The ridges could have been shaved off but there was no particular reason to do so. 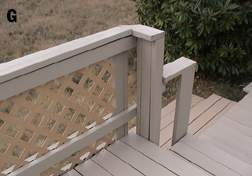 Photo G: The railings were also CPES primed, and then coated with one application of UNIFLEX 255 Aliphatic*.

Note: The exposure to weather warped some of the deck planks to the point where they could not be nailed flat again. Since they were not in the walkway area, we choose not to replace them. 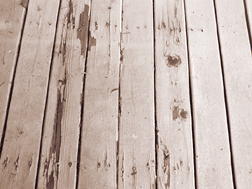 Photo 1. Rhino Top Over CPES-Treated Wood: Clearly, this coating did not last the seven years, although it did last 5 years before the surface started to show signs of flaking away. We could easily have re-coated but decided to let it go until the 7 year mark. The advantages of this coating is that it is easily re-coated, is non-skid, and relatively inexpensive. 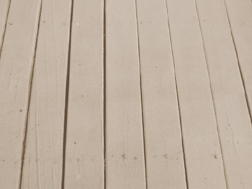 Photo 2. Rhino Top Over Elastuff 120 Over CPES-Treated Wood: This application shows no sign of any wear or surface breakdown, and we expect this coating to last for another 7 years, or longer. The advantages of this coating application is its durability, non-skid final finish, and ability to be re-coated with the Rhino Top in high traffic areas, if required. 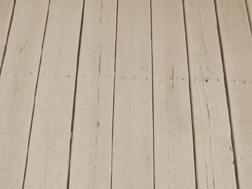 Photo 3. Uniflex 255 Aliphatic* Over CPES-Treated Wood: This application shows signs of the coating splitting-open in some locations due to expansion/contraction of the wood. The Uniflex 255 Aliphatic has been replaced with our Elasta-Tuff™ 6000-AL-HS, but since the two products are very similar in performance specifications we would predict similar results with the Elasta-Tuff™ 6000. We do not see any particular advantages for this coating on wood planks, although applied to plywood we predict better results. Plywood does not have the same expansion/contraction issues as do 1″ thick fir planks. On plywood the advantage of the coating would be a gloss finish, to which non-skid particles could be applied if required. 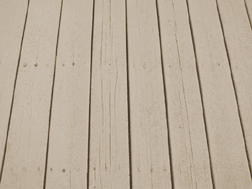 The obvious coating choice here for extended-duration on wooden decks is the CPES/Elastuff 120/Rhino Top. The wood is protected by the CPES, and the Elastuff 120 provides a thick waterproof base, to which the Rhino Top bonds chemically for a naturally non-skid finish. The cost of this coating is approximately $2.50 per square foot. On high traffic areas the Rhino Top will wear but the Elastuff will not, and overcoating again with the Rhino Top is easily done, if required.

A Few Words About Wooden Decks

There is no such thing as a long-duration transparent or semi-transparent coating for an exterior wooden deck. The enemy is the UV light. Only the solid deck stains and paints will give the 5 years we see with our Rhino Top. If you want really long durability, use our CPES/Elastuff/Rhino Top coating system.

There is always the alternative of not coating the deck with anything. The picture below shows our 12-year old uncoated decking, some of it left natural and some of it recently scrubbed down with TSP (tri-sodium phosphate). We re-coat this with CPES every 4–5 years to prevent rot and deterioration. It’s not pretty, but it is low-maintenance

Click the following text links for more information on CPES™ or on the Polyurethane Top Coatings.

* Since Uniflex 255 Aliphatic is no longer available, please use our Elasta-Tuff™ 6000-AL-HS instead.